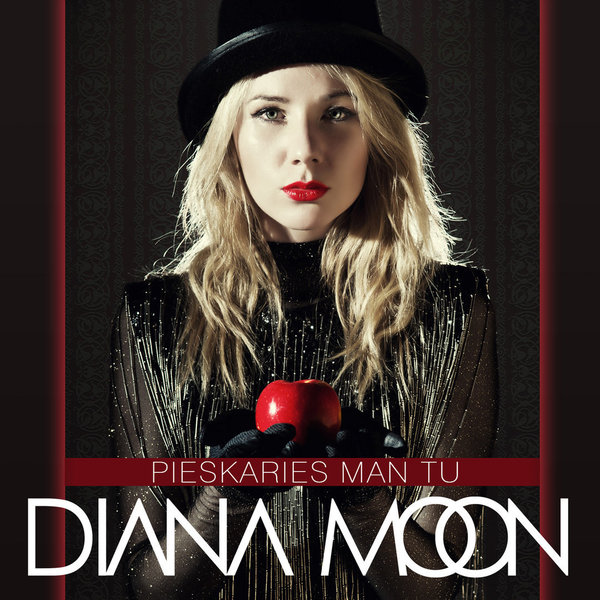 The very famous soundtrack from the movie „Fifty Shades of Grey” sang in Latvian by Diana Moon is a perfect song while sipping a glass of red wine in the company of your beloved one on an autumn evening in Latvia.
Latvian lyrics for the song „Pieskaries man tu” were written by the singer/songwriter who was born in Latvia Diana Moon. The arrangement was produced in Bergen( Norway) by Arnis Delpers.
„ It was my boyfriend’s idea to record „ Love me like you do” in Latvian. Whenever it appeared on the radio, I would just sing along. So once he came up with an idea: why don’t you write Latvian lyrics and make your own version of this song!? In couple of hours the lyrics in my mother tongue were there,” says Diana with a smile on her face.
More about Diana Moon:
This year Diana Moon started out successfully as a composer and lyricist in the Latvian Eurovision Song Contest with her song „ Run to you”. She lives in Germany and loves writing song also for other artists in English and her mother tongue. She learned Opera singing Belcanto for 6 years. This spring Diana’s composition „Kā vēji skrien” sang by Katrīna Bindere was released by the biggest Latvian music label MicRec. Diana Moon vocals are to hear on the latest album “ 7 soļi svaiga gaisa” of the most popular Latvian Band of all times Prāta Vētra (Brainstorm ). She started her music career in 2005 by being the 3ed in the final of the TV5 television music show Talantu Aģentūra.
You can download Diana Moon new single „Pieskaries man tu” worldwide on iTunes, Amazon, Spotify, etc.